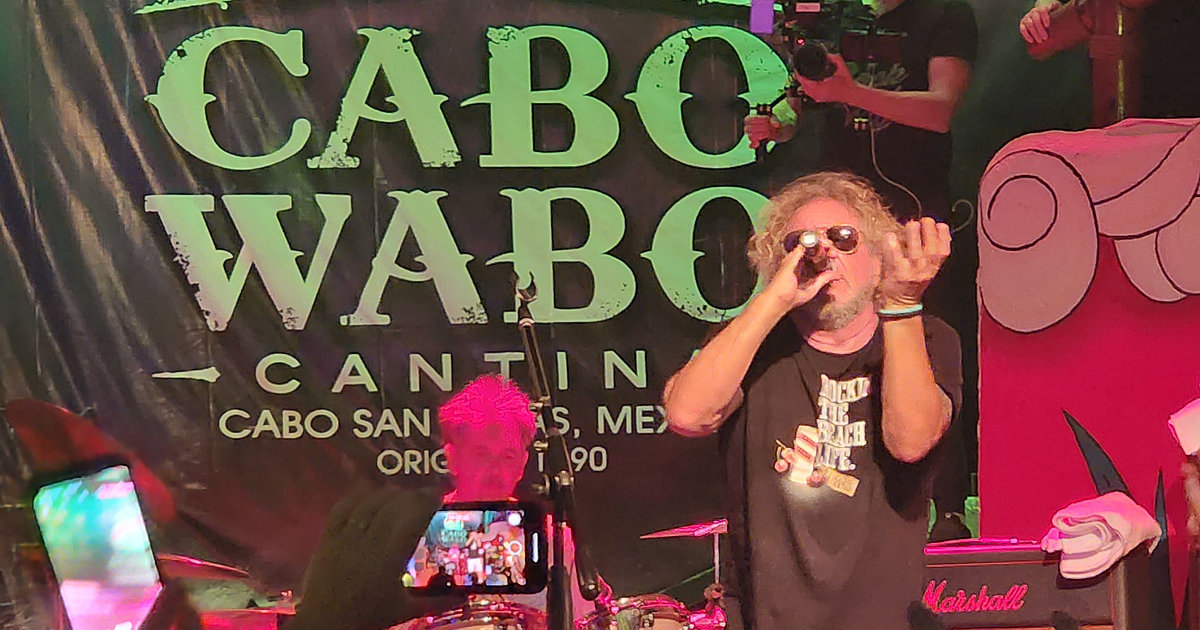 If you’ve listened to any rock and roll for the past fifty plus years, you are likely familiar with Sammy Hagar. Maybe you remember his days in Montrose with songs such as Bad Motor Scooter and Rock Candy. You can even hear him performing Rock Candy in the 1976 movie A Star is Born.

Then he had a solo career including hits such as The Girl Gets Around, Theres Only One Way to Rock, Your Love is Driving Me Crazy, I Can’t Drive 55, Heavy Metal and Eagles Fly. Yes, I could have left out one of your favorites as there are many more. In the mid-80s, he took over as the lead singer for Van Halen and more hits were cranked out such as Dreams, Finish What Ya Started, Love Walks In, Why Can’t This Be Love, When It’s Love and Right Now.

There were more solo work with the Waboritas, Chickenfoot and The Circle. He’s hosted a Rock n Roll Road Trip show on AXS TV and is officially a tourism ambassador for Cabo San Lucas. Beyond that, he created the Cabo Wabo tequila and the Santo Mezquila. Sammy has visited Loreto even though he is most known for Cabo. But he does so much Mexico-themed promotion that I felt it would be fun to write a bit about him here.

Ever since Sammy Hagar opened the Cabo Wabo Cantina in Cabo San Lucas, he has hosted a birthday party for himself and his fans. Due to COVID, the party wasn’t held in Cabo in 2020 and 2021. That meant there was a lot more build-up to his party in 2022 and it coincided with his 75th birthday. Attending his birthday party does involve some luck as well as getting yourself to Cabo. I was lucky enough to get two tickets to attend the party held October 13, 2022—his 75th birthday.

For this year’s birthday, he was backed up by The Waboritas. He was also joined for part of the night by guitarist Jerry Cantrell of Alice in Chains and rapper Champtown. All of them are pictured below, though drummer David Lauser is somewhat hidden. 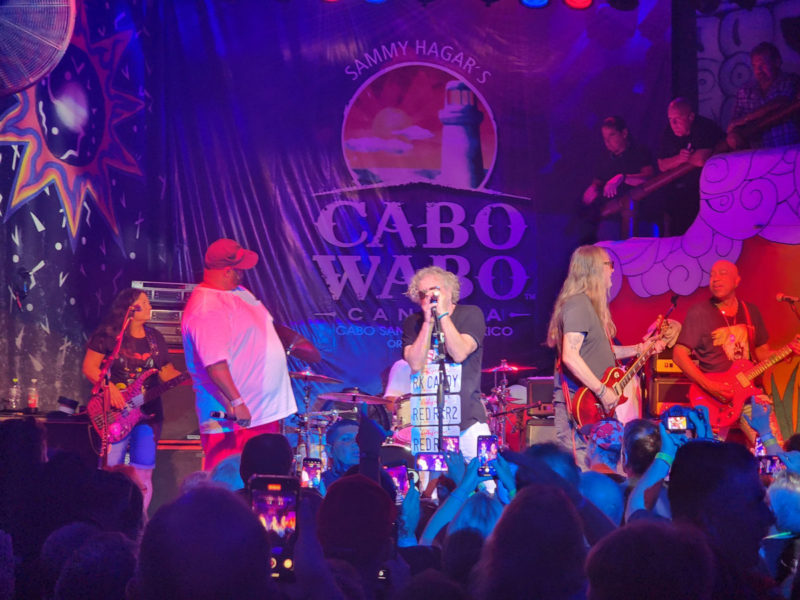 Cabo Wabo is a big venue for most live music in Baja. For the birthday party, they remove all of the tables and chairs and it still has a capacity of around only 650 people. For rock royalty, that means a packed house of the most ardent fans. The show started with a couple of his Montrose hits and then Sammy decided to take requests from the crowd. That idea sounded great until 3-4 requests in a row were for old obscure songs. Basically the band was stumped! Then it was back to the scheduled song list including some of his biggest hits both solo and with Van Halen. He also threw in covers of the Beastie Boys and Led Zeppelin.

Instead of me simply telling you about it, you might prefer to actually watch some of it! If you would like to relive some of his birthday party, check out the Sammy Hagar 75th Birthday Bash @ Cabo Wabo Cantina 10-13-2022 NIGHT THREE video on YouTube. Note that it does contain some language that may not be appropriate for work or children.

Near the end of the show is a song Sammy claims he wrote on his 70th birthday and is the best song he’s ever written (in his opinion). It was released on his latest album and you can watch the Father Time (Official Video) or listen to an alternative Father Time (Acoustic) version. It was a perfect way to end a 75th birthday celebration! 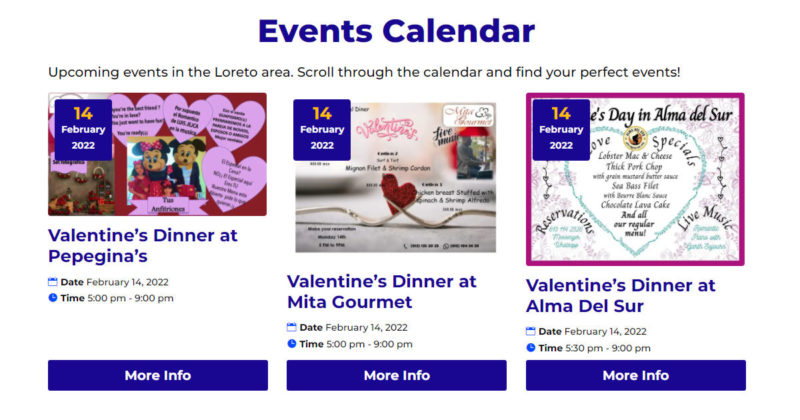 For the past two years, events in Loreto have been limited due to COVID. While there were events, we didn't do a great job of keeping the Events... 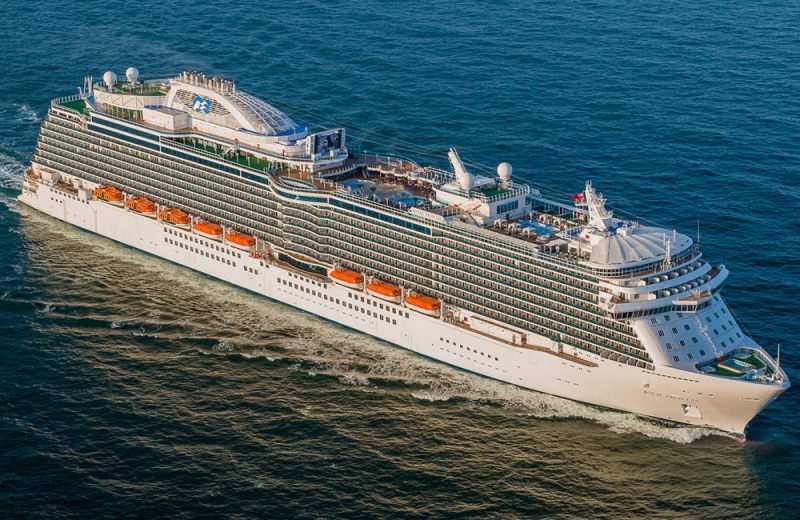 The Ships Are Coming to Loreto

Cruise ships have been visiting Loreto for years. But this season there will be more than in past years. In total, 12 visits are planned. In the... 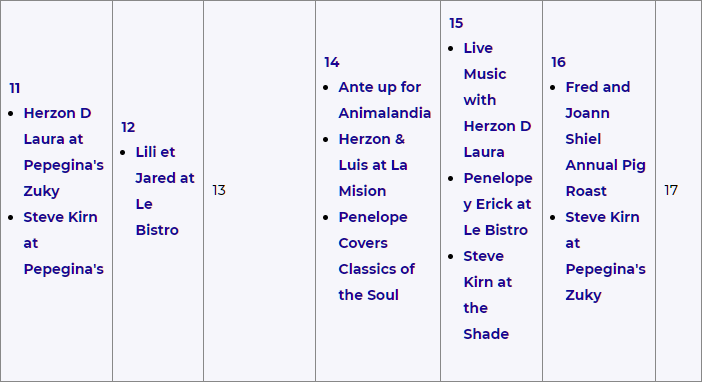 When you are in Loreto, you want to have some fun! There are no shortage of events where you can find fun as long as you know about them. One of...